Watch a replay of our Third Quarter 2021 Research Webinar. The webinar includes a review of the quarter as well as detailed discussions of developments in China, the investment opportunity in emerging markets, our views on inflation, and allocating across fixed income markets. The presentation slides are available for download.
LGPS-Third-Quarter-2021-Research-Webinar-Presentation 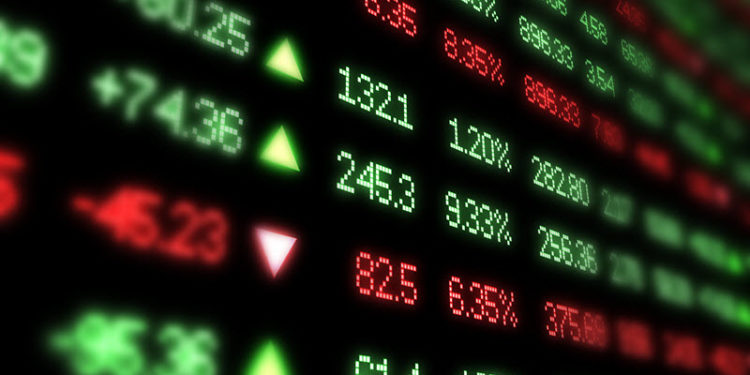 We recently had a conversation with Michael Kass, portfolio manager of Baron Emerging Markets (BEXIX, BEXFX) and Baron International Growth (BINIX, BIGFX). Foreign equity markets have had a challenging 2018, and we thought it would be useful to share Kass’s perspectives on the markets and the portfolios he manages.

Kass believes emerging-market (EM) performance has largely been driven by the impact of unconventional U.S. policies, particularly regarding trade. Kass says uncertainties around shifting geopolitical relationships are significant and have led to a higher risk premium being applied to EM stocks.

A Downdraft in China Stocks

Kass says many of the Chinese names he owns were down at least 40% from their January 2018 peak, due in large part to trade tensions with the United States. He expects China won’t bear the burden alone, and that the United States will also face adverse consequences from a trade war. If relations continue to deteriorate and a cold trade war scenario plays out between the two countries, economic consequences could include slower growth and higher inflation. In addition, the state could increasingly intervene in economic activity and crowd out private-sector activity. For investors, the result would be lower returns on capital and lower multiples. Kass says, “We’re in the very early innings, and it’s way too early to conclude anything.”

Some of the stocks that have been negatively impacted this year make up Kass’s “China value added” theme. This theme is based on the potential for mainland Chinese companies to take market share from foreign-domiciled multinational companies. “Made in China 2025” is a government-directed strategic initiative to move China’s manufacturing capabilities up the value chain. Kass and his team have identified Chinese companies that potentially stand to benefit from capturing a higher share of profits at the expense of multinational competitors. Some of these names include Kangde Xin Composite Material Group and Yunnan Baiyao Group, which were each down about 30% between the end of the first quarter of the year and mid-November. Currently, this theme has a roughly 7% allocation in the EM strategy. The team mitigated some poor performance by reducing exposure across the full Chinese portfolio by around five percentage points in June as the markets were rallying on hopes that trade negotiations would resolve tensions. Kass says, “We had high conviction there was very low probability that the U.S. wanted any kind of an agreement [before] the midterm [elections].” Since that time, the market’s consensus view has more or less aligned with Kass’s, and risk premiums have blown out. As a result, the team has more recently been adding to names where the market has repriced the risk premium to levels deemed too high.

The funds’ Indian financial holdings were also challenged in the second half of the year, but for different reasons. Kass believes the overall reform story in India is very attractive due to it being the EM country with the highest participation by private-sector entrepreneurs (entrepreneurial management is an important consideration for Kass). The election of prime minister Narendra Modi brought about demonetization and tax-reform policies with the hope of encouraging greater use of financial assets by the general population. Demonetization “flooded the system with deposits” at financial institutions and allowed India to achieve high credit growth. Earlier this year, however, a government-affiliated infrastructure lending entity called IL&FS (not owned in either portfolio) missed interest and principal payments on outstanding debt—an event that led to a shorter-term liquidity crisis in India.

Indian financials stocks, including those owned by the team, fell sharply in the aftermath as funding costs rose and credit growth—which had been running between 20% and 30% in India—fell to between 10% and 15%. As a result, earnings prospects for this sector diminished. Portfolio holdings Edelweiss Financial Services and JM Financial, two of the three biggest players in the Indian asset management industry, saw their stock prices fall by around 36% and 25%, respectively, in the third quarter of 2018. The portfolio’s India exposure fell from around 17% to around 12% at the trough of the crisis. About half that change was due to actively trimming out of names right after the IL&FS default to try to limit exposure to the negative fallout. Both financial and non-financial Indian names were trimmed (non-financial names like Maruti Suzuki were trimmed because of the second-order effect from a worse credit environment resulting in a slower growth rate for credit-dependent companies).

Kass says, “The ease of credit conditions became too easy for a period of time,” which he believes induced the liquidity crisis. But he maintains long-term conviction in the companies he owns, and despite their slightly diminished earnings prospects he says, “We think the best and highest-quality companies with the greatest capital and credit controls are going to be gaining market share. We think that would apply to the companies we own.”

Our conversations with Kass throughout the many years we have known him have continuously reaffirmed our confidence in his execution of his investment discipline, including factors we believe will allow him to beat his average peer and benchmarks. Kass believes the best way to compound wealth is to invest in businesses with long-term competitive advantages and substantial open-ended, long-term growth potential. Importantly, these businesses need to be run by entrepreneurs with the strategic vision and financial sophistication to sustain an above-average return on capital, and who have also instituted shareholder-friendly corporate governance. When he doesn’t see these characteristics, he will not invest.

We believe Baron Emerging Markets and Baron International Growth will beat their benchmarks over the long term. Our confidence stems from Baron Capital’s disciplined long-term approach to growth investing and portfolio manager Kass’s superior understanding of long-term themes and business models, including a prudent macro-risk overlay, which we believe is especially important to have in emerging markets. We continue to recommend both Baron Emerging Markets and Baron International Growth.

Note: These materials are intended for the use of investment professionals only and may contain information that is not suitable for all investors. This presentation is provided by Litman Gregory Asset Management, LLC (“Litman Gregory”) for informational purposes only and no statement is to be construed as a solicitation or offer to buy or sell a security, or the rendering of personalized investment advice. There is no agreement or understanding that Litman Gregory will provide individual advice to any investor or advisory client in receipt of this document. Certain information constitutes “forward-looking statements” and due to various risks and uncertainties actual events or results may differ from those projected. Some information contained in this report may be derived from sources that we believe to be reliable; however, we do not guarantee the accuracy or timeliness of such information. Past performance may not be indicative of future results and there can be no assurance the views and opinions expressed herein will come to pass. Investing involves risk, including the potential loss of principal. Any reference to a market index is included for illustrative purposes only, as an index is not a security in which an investment can be made. Indexes are unmanaged vehicles that do not account for the deduction of fees and expenses generally associated with investable products. A complete list of LGAM’s investment recommendations for the prior 12 months is available upon written request. For additional information about Litman Gregory, please consult the Firm’s Form ADV disclosure documents, the most recent versions of which are available on the SEC’s Investment Adviser Public Disclosure website (adviserinfo.sec.gov) and may otherwise be made available upon written request.